Magpie is proud to introduce our incredible staff of passionate leaders with the skills to satisfy your thrills!

“I was always drawn to the four corners region”

Mike came to Utah in 1984 to ” meet up with some friends in Park City and ski for a couple months”. Ha! That was the beginning of over 12 years of exploring the inter-mountain west. In those first couple years he discovered the mountain bike. It was during that time he discovered southern Utah and Moab.

In 1997 he moved to Moab and began his 20+ year guiding career as a white water rafting guide with OARS.

After a number of years splitting his time between Moab and SW Colorado, he’s been grounded here in Moab since 2008. Starting as a Guide/Instructor for Magpie Cycling in 2009, Mike has progressed through the Bike Instructor Certification Program to earn a level 3 Advanced Skills Instructor certification.  Guiding over 100 multi-day trips into the back country of the region has kept him busy, and he also enjoys leading Private Guided Rides and teaching Skills to daily visitors in Moab. Mike also has a great interest in natural and cultural history, and loves to share what he has learned. He’s also been known to have some fun! 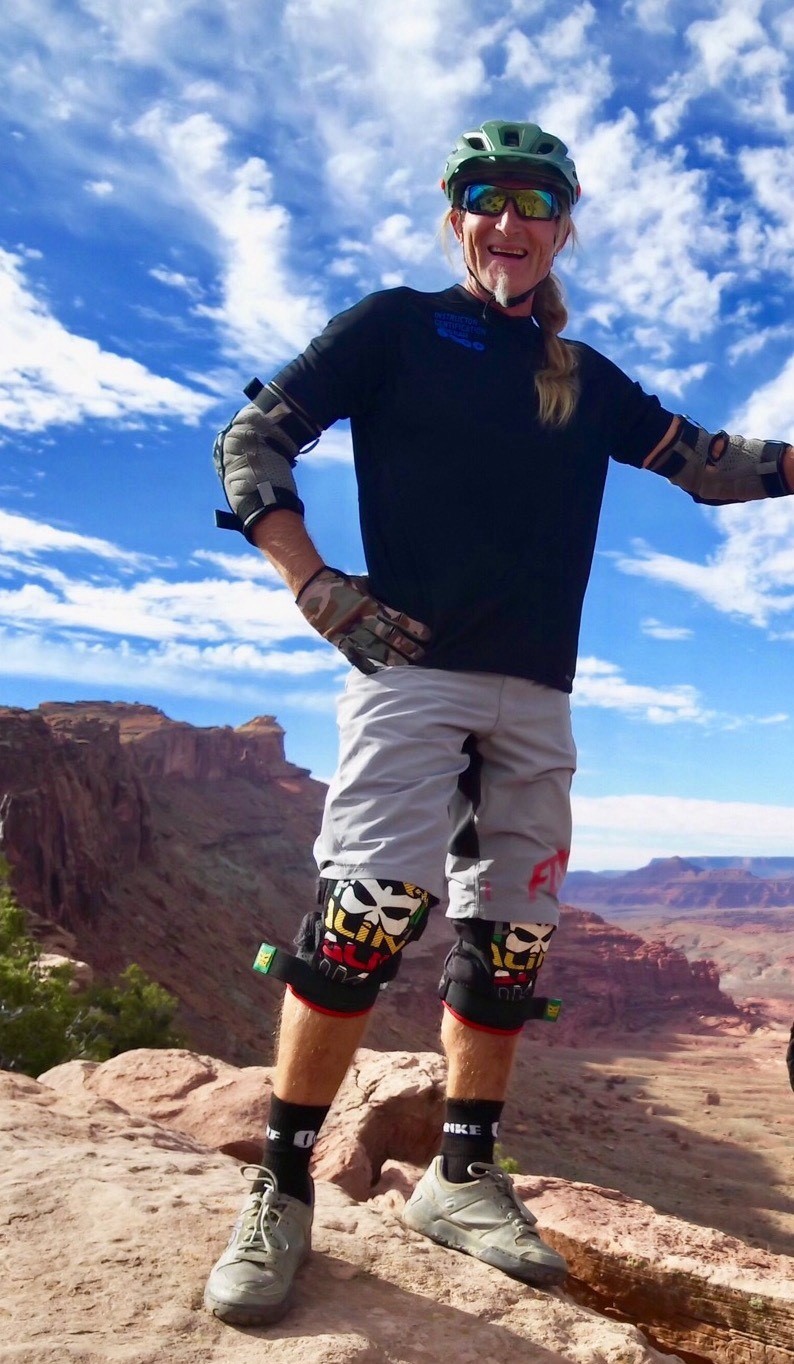 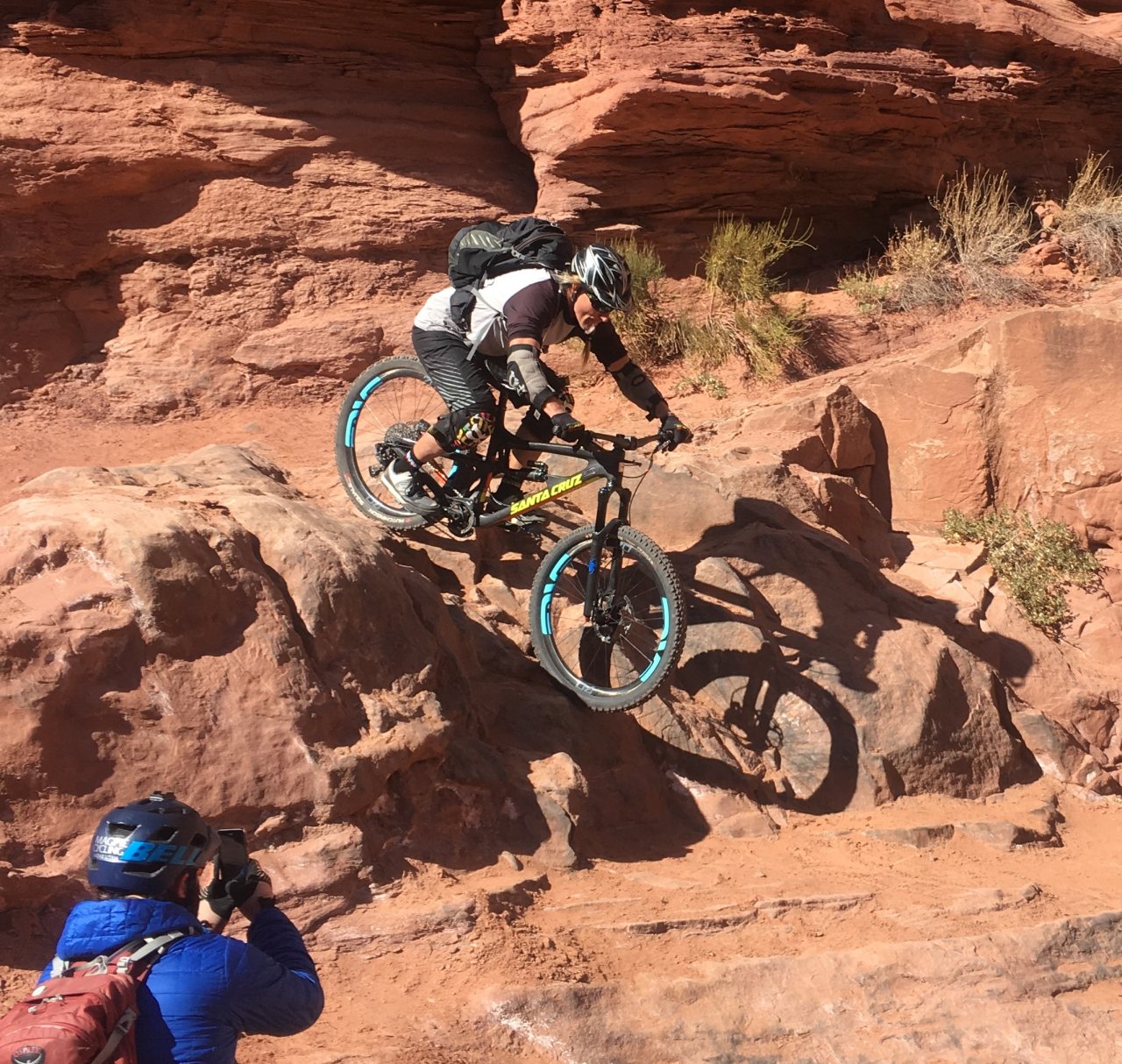 Mike is a passionate and experienced mountain bike instructor, guide, and rider from Nederland, Colorado. Mike received a bachelors degree in Southwest Studies from Ft. Lewis College and an associates in Outdoor Education from Colorado Mountain College, so be ready to learn more than just bike skills! 2019 marks his 5th year with Magpie, 17th season enjoying Moab, and his first year not living out of his Tacoma, aka Taco Rojo.

Mike discovered his love for mountain biking in Moab when he was 13 and went onto race downhill throughout high school. Since then, Mike has developed his skill level and technique in a number of locations, including Colorado, Utah, Washington, and British Columbia. He has previously worked as an outdoor education instructor and trail builder.

When Mike isn’t biking, hanging out with his dog, Juan Rio, rafting, skiing, and enjoying what the western U.S. has to offer, he works as a race crew leader and trail advocate. 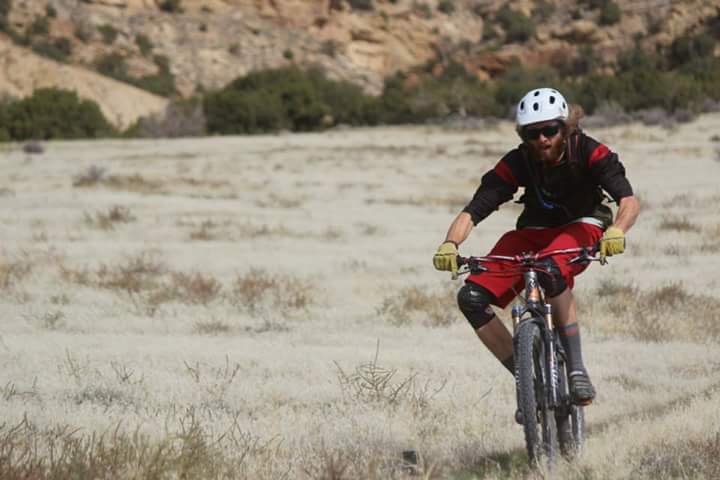 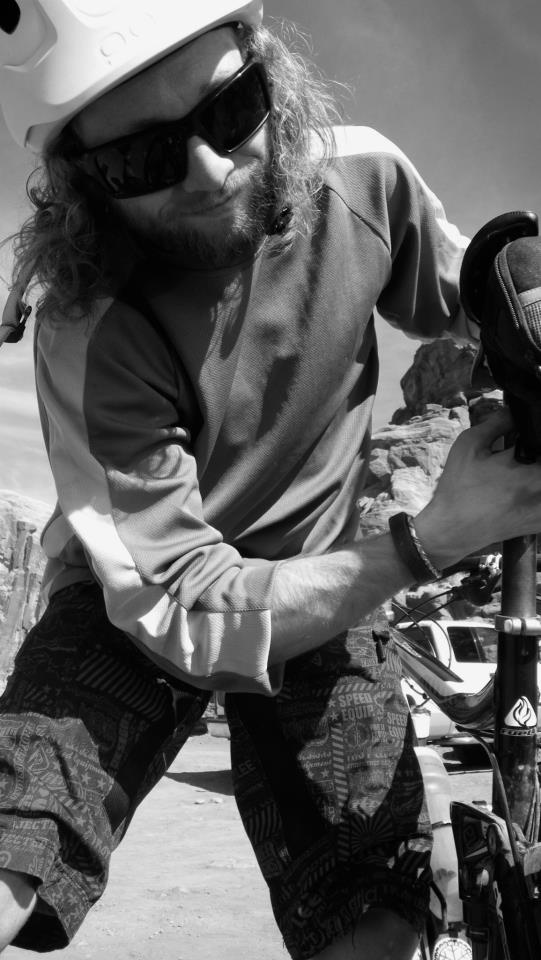 Sasha was born in the hills of Tennessee. Spending as much time exploring in the woods as possible, his family then moved to Moab in 1984. Receiving a BMX bike at age 7 allowed even more freedom to explore. Also an avid snowboarder with skate park experience, it was a natural progression onto the mountain bike. Everything changed after one gnarly ride with friends on a borrowed bike. The sense of empowerment from riding difficult trails clean was like nothing before. Learning the art of bike mechanics at Rim Cyclery since 2007, and becoming an instructor and guide with Magpie in 2014 allowed a way to share the love that is trail riding with others. 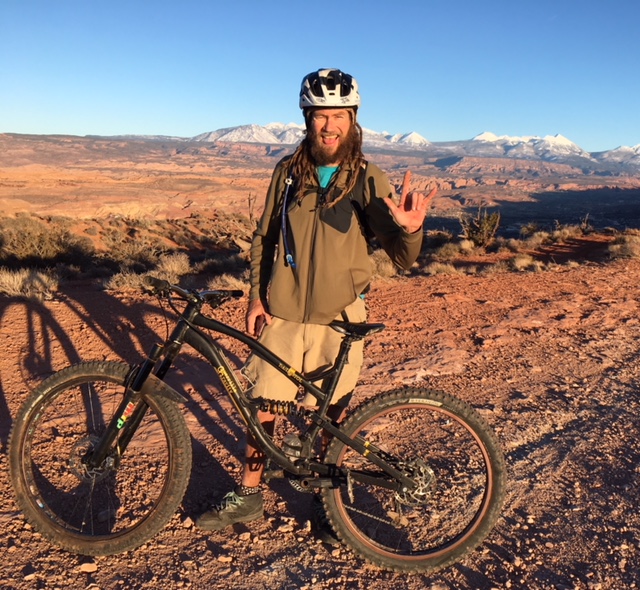 Andy has been coming to Moab to ride bikes and escape the dregs of ski seasons for  15 years.  He loves the trails in Moab and is still amazed by the views, which never seem to get old.

You know his type; you’ve met him in every mountain town. He is just as comfortable sleeping on a bed, a couch, the back of a truck, or the ground. He cooks Ramen with broccoli and calls it pho. He has a fine collection of used flannel shirts acquired from years of perusing thrift stores. His skis and bikes are worth more than the car he drives, which is a Subaru, of course.

He believes wholeheartedly in the culture of learning and constant positive energy that the Magpie family provides and is proud to be a part of it. 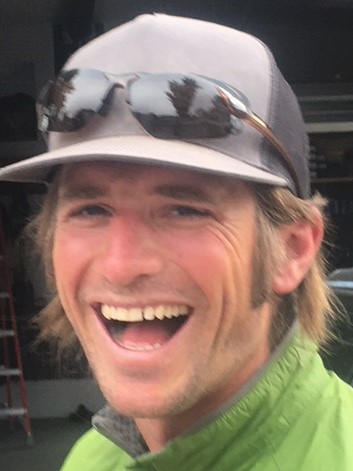 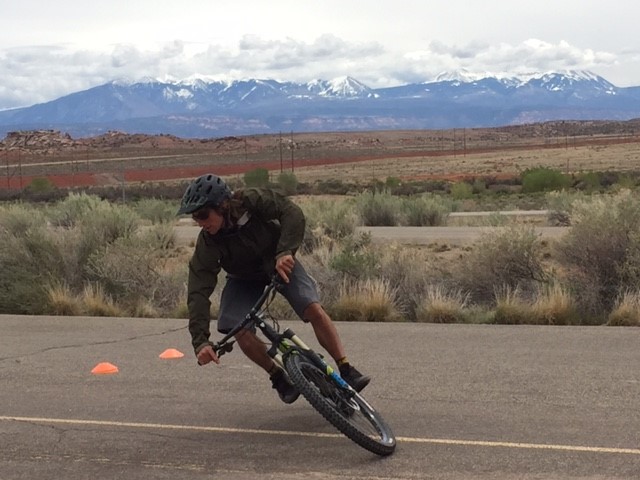 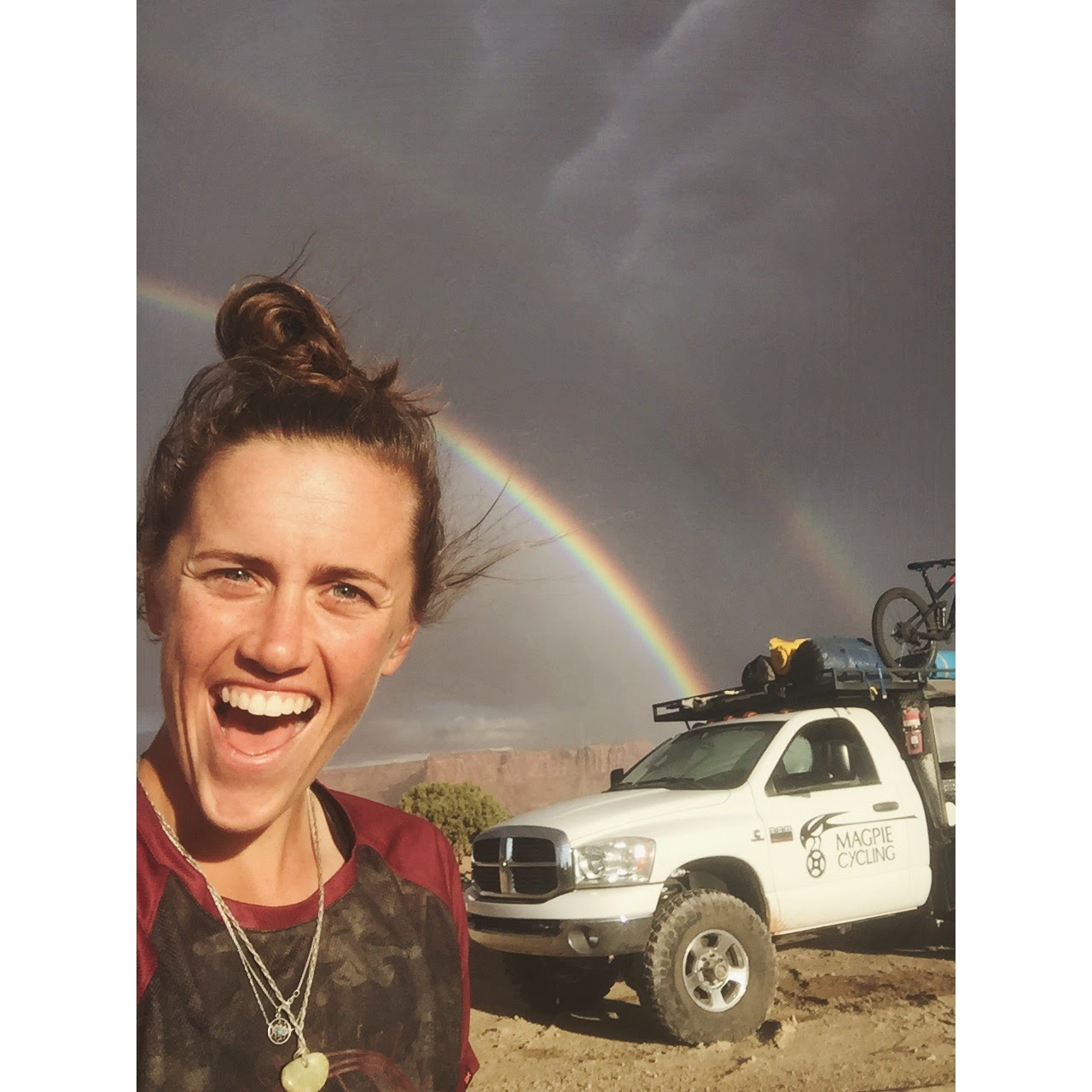 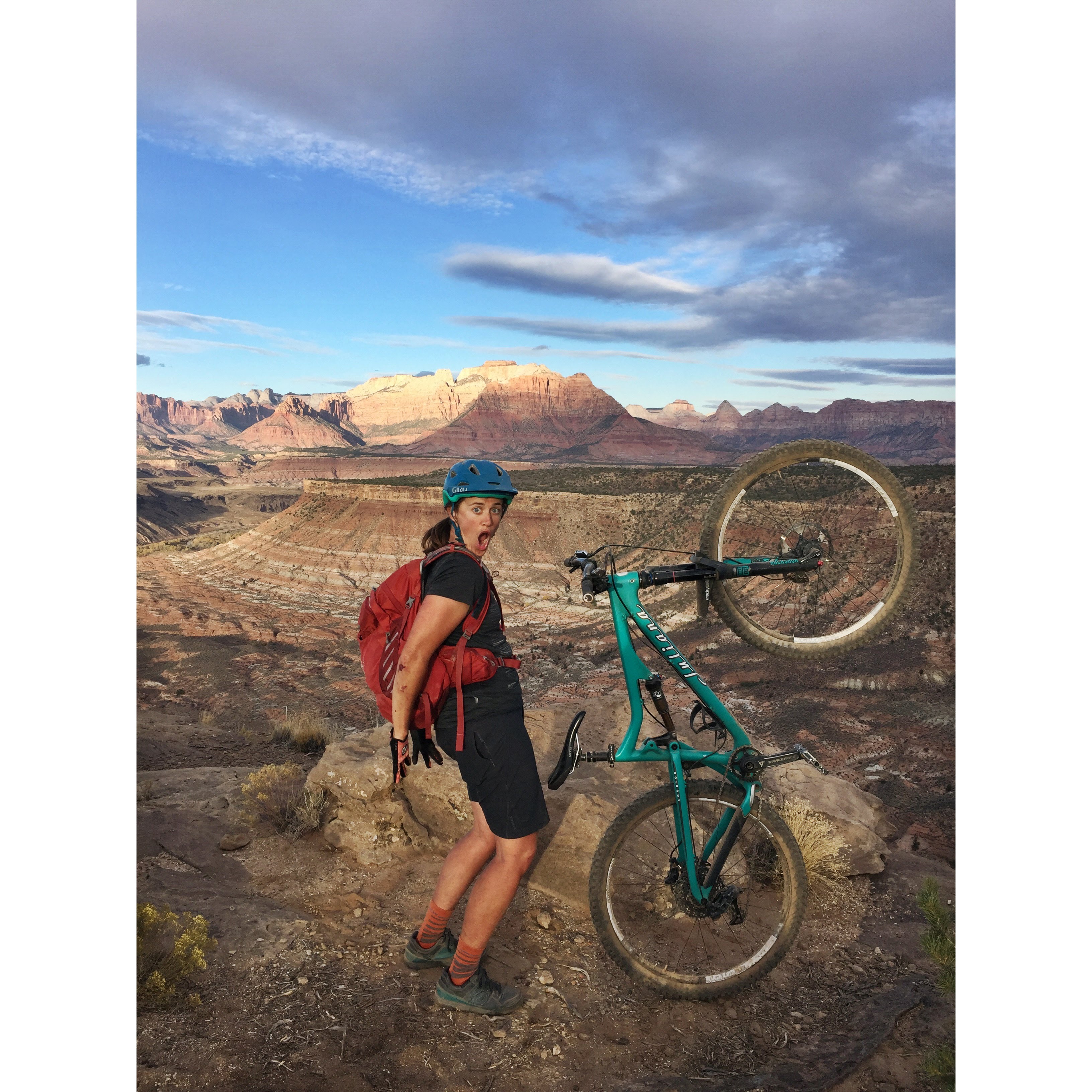 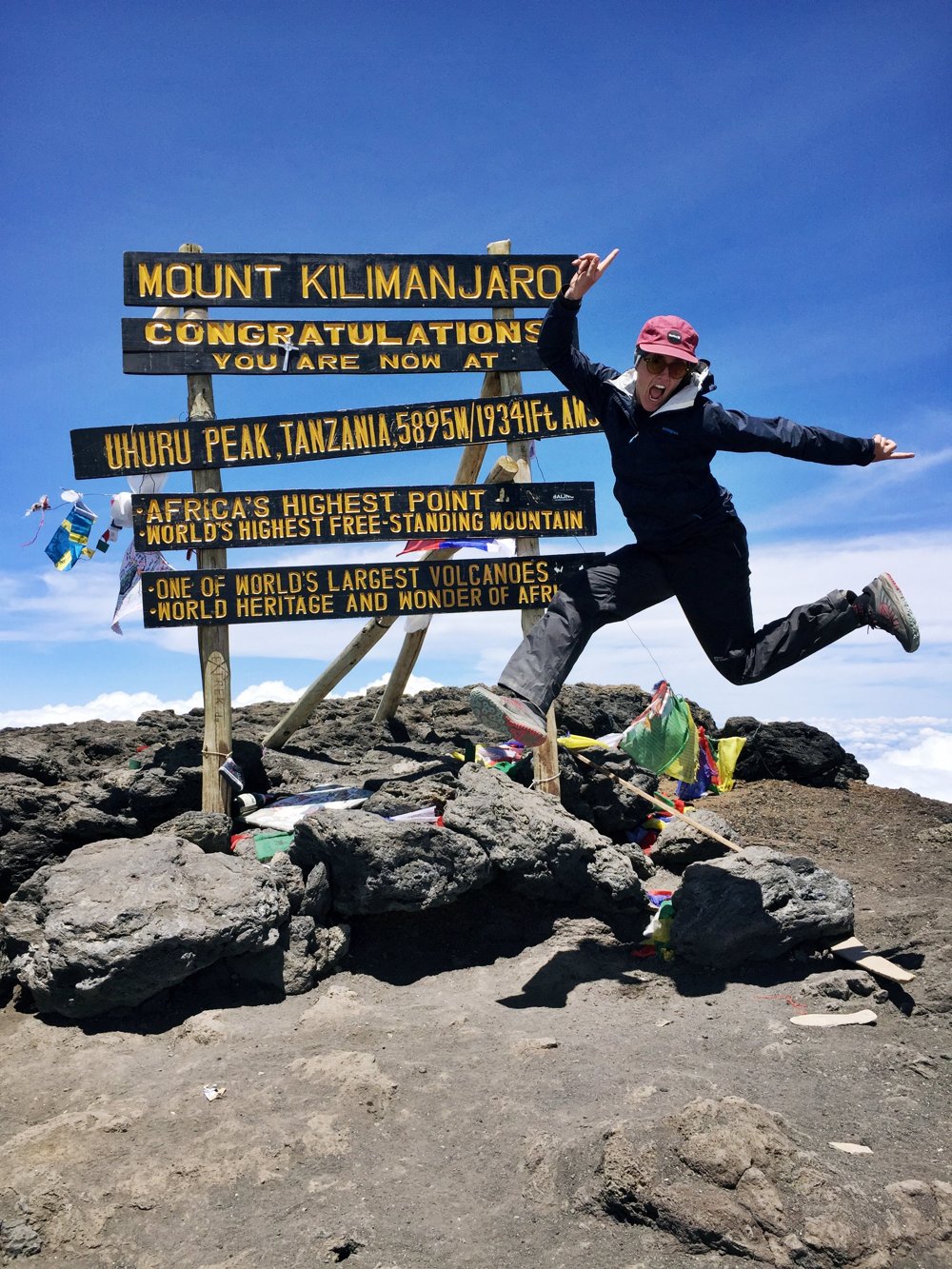 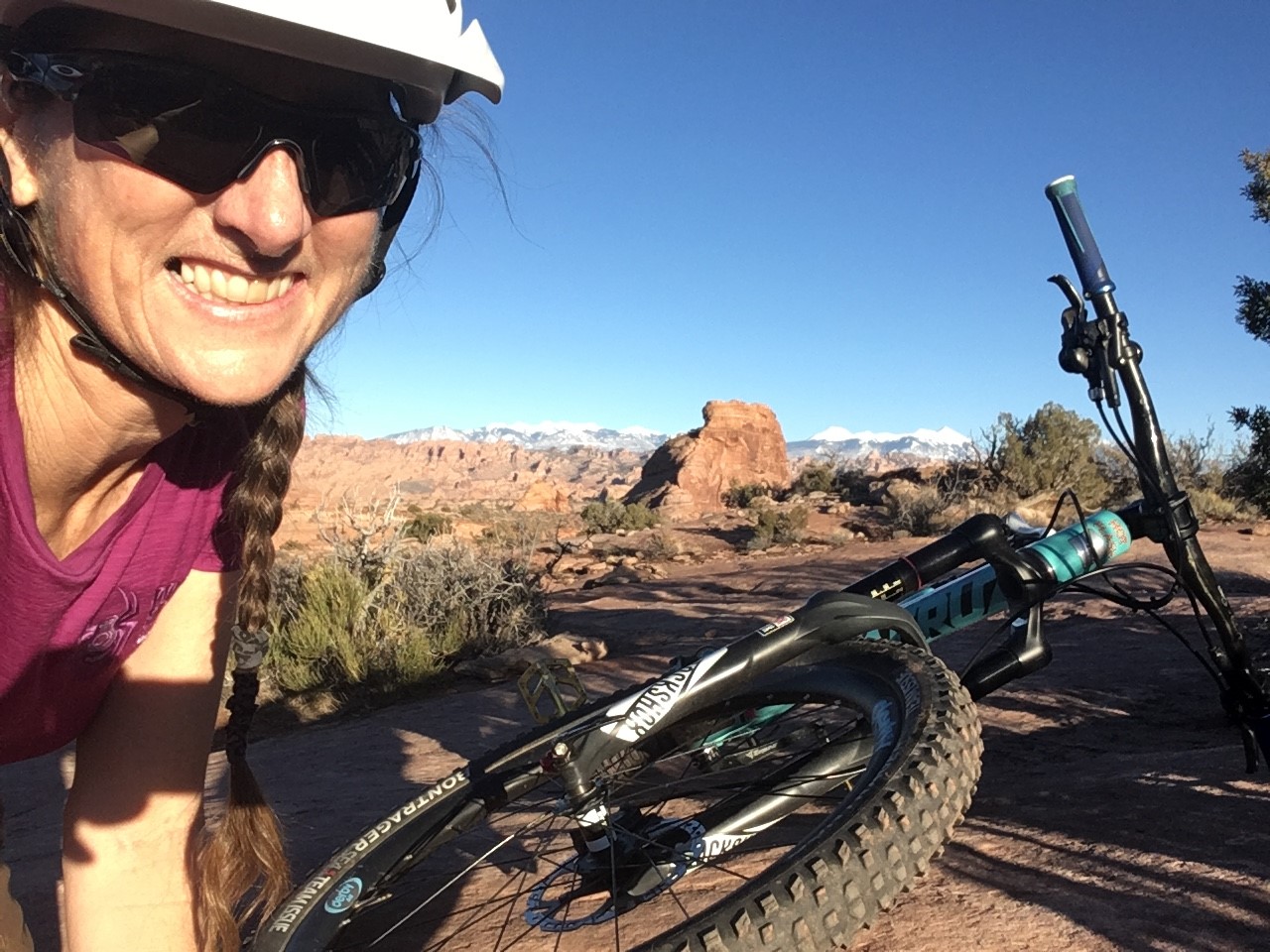 Nancy grew up in her family owned bike shop in North Dakota and has worked in the bike industry in some form for over 20 years. She has been living and riding in the Moab area for almost 15 years now. She enjoys  riding, hiking, camping with her family, the occasional enduro race, and life in their little straw bale home. As a former mountain bike guide, she is happy to be able to raise her young daughter, work behind the scenes, and help YOU find the right mountain bike vacation! 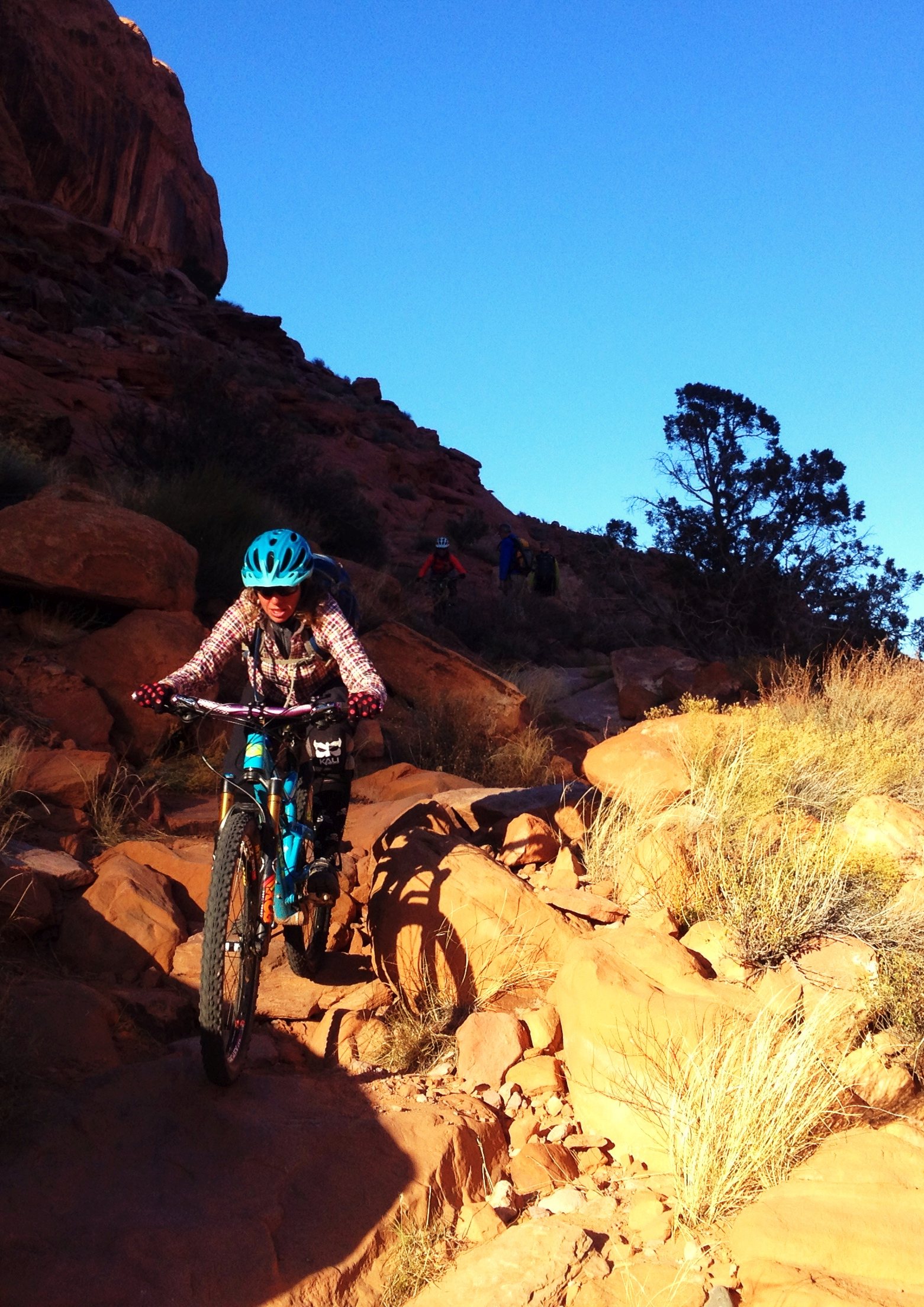 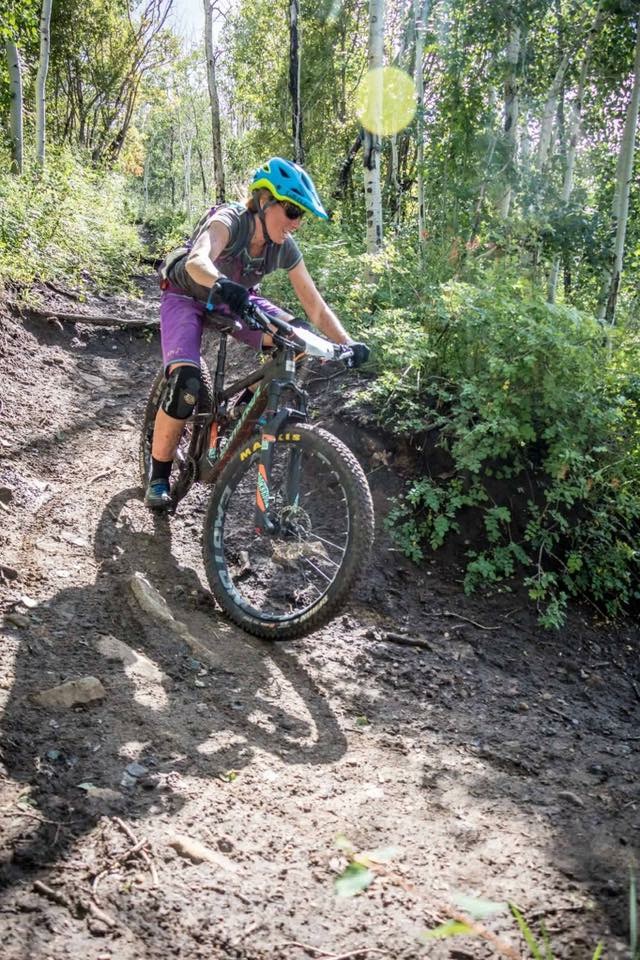 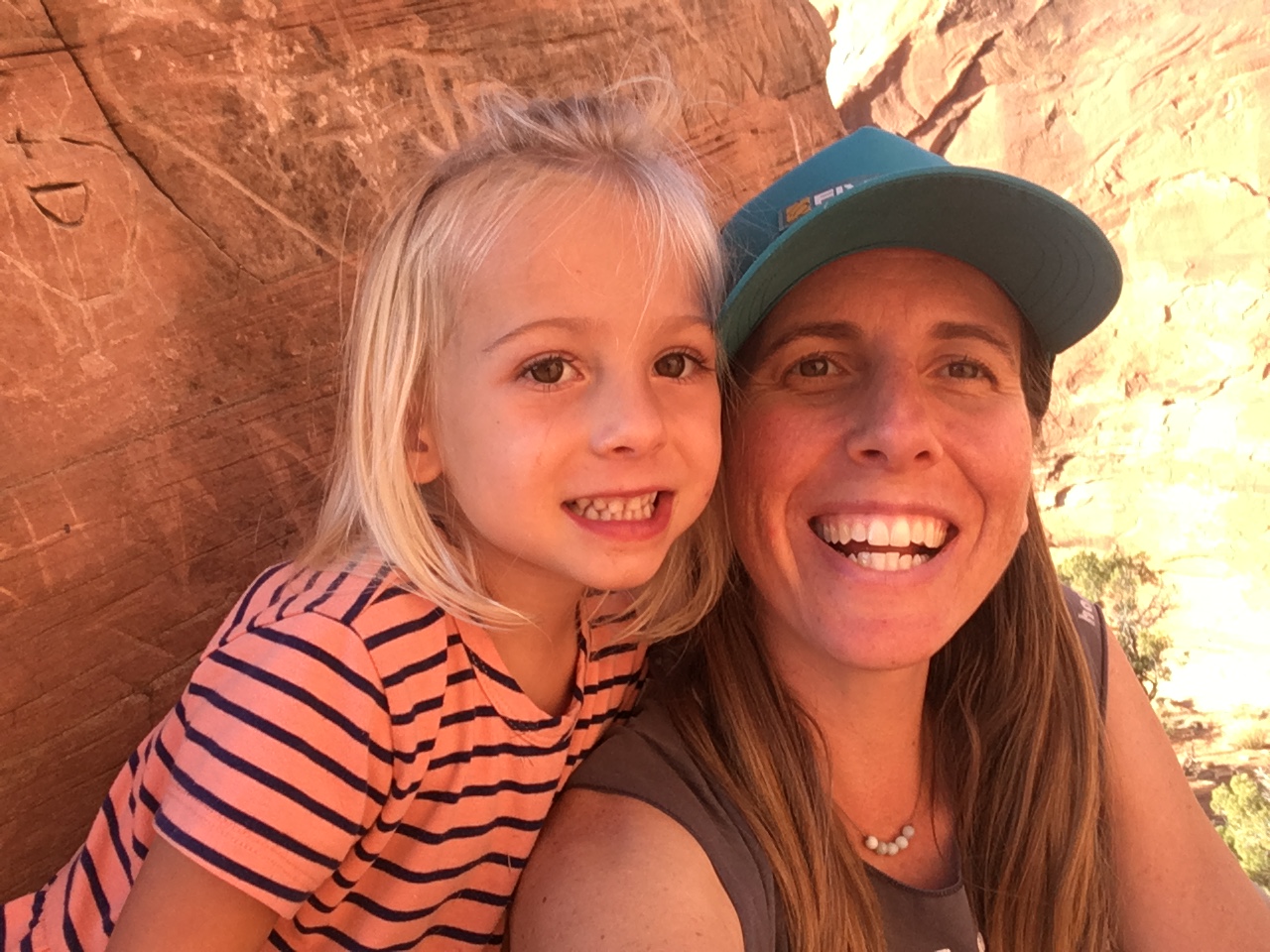